The author, who has worked independently since 1990 as an investigative psychologist, is analyzing 60 of her case investigations of severe custody conflicts in her ongoing research project called “The best interests of the child and the child´s human rights in severe custody conflicts.” Two case studies, one about a boy 9 years old who was separated 2006 from his mother, and one about two sisters, 4 and 2.5 years old, who were separated from their father in 1992, are presented.

In both these cases the children have been heavily alienated from the parent they were cut off from by the parent they live with. This parent accuses the other parent of abusing the children. Such abuse has not been substantiated, but the accusations have, over years, served as argument to protect the children from that parent. The systematic source critical analysis of direct and indirect statements and documents produced over time document a loving relationship that has been broken. The children develop a fear; they reject the parent they were separated from. This has served as foundation for the courts to make decisions in accordance with what appear to be the child´s own will.

Conclusion: The children´s legal and human rights have been violated. They have lost their identity. Thus we can conclude that there is an ongoing practice that is not in accordance with the laws and the best interests of the child. If social workers, mental health and legal professionals learn about parental alienation and how it effects children, harms them and violates their rights, then hopefully practice can be changed.

Unconditional love is a child´s fundamental need, above food, water, shelter. Usually this love is given by parents and grandparents. 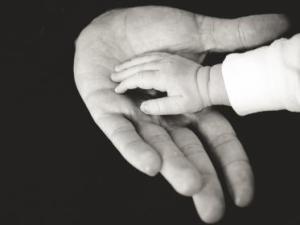 When parents separate most couples come to an agreement after the first turbulence. But in some cases parents go to court (in Sweden 7-10 % of couples with children who separate) and in some of these cases the child is used as a weapon by one parent against the other parent. Sometimes this war includes one parent claiming the other parent has some mental problem, or has abused the child, this resulting in the conclusion that the child must be protected from the accused parent.

A separation of a child from a parent can be justified when that parent has abused the child, exploited the child or betrayed the child severely. Those cases are not included in the research on which I base what I am saying now.

As we know from science and experience a healthy and close contact with both parents is what is best for the child, if the child is to develop mentally and physically as well as possible.

Such a behaviour, without justification in something bad the separated parent has done, with the other parent identified as one influencing the child was identified independently by at least six American mental health workers in the seventies/eighties. That was when the law changed and fathers could also be given custody after a divorce. One of them labelled the phenomenon they all observed, PAS (Parental Alienation Syndrome). Other labels have been used such as PA, PAD or the alienated child.

I have in my investigations as an independent psychologist for 20 years identified 60 cases that I now in my research analyze. I shall give some glimpses from two cases. But first  what is the best interests of the child?

What is the child´s best interest according to national law and human rights?

The best interests of the child shall be decisive for all decisions regarding custody, living and visitation.

The child´s will with reference to age and maturity must be considered.”

(3)”The family is the natural and fundamental group unit of society and is entitled to protection by society and the State.”

In The European Convention for the Protection of Human Rights and Fundamental Freedoms.

In The UN Convention on the Rights of the Child 1989, it says in

In The UN Convention on the Rights of the Child 1989, it says in

“1. States Parties shall ensure that a child shall not be separated from his or her parents against their will, except when competent authorities subject to judicial review determine, in accordance with applicable law and procedures, that such separation is necessary for the best interests of the child. Such determination may be necessary in a particular case such as one involving abuse or neglect of the child by the parents, or one where the parents are living separately and a decision must be made as to the child’s place of residence.

The best interests of the child can be defined as the child´s legal and human right to close contact with both its parents, the right to keep its identity through the family roots on both parents´ side,  the right not to be abused mentally or physically and the right to freely express own opinions.

Now two cases where the child´s rights have been violated.

To separate a child from a loved parent and influence,

or support the influence of that child, to reject the

separated parent is to punish the child.

It can result in severe damaging consequences

for the child´s health and development.

It is a violation of the child´s legal and human

Thus alienation of a child ought to be seen

as a crime. /In Brasil a new law regulating

If social workers, mental health and legal professionals learn about parental alienation and how it effects children, harms them and violates their rights, then hopefully practice can be changed.

Sweden. The alienation process in high conflict custody cases has been described by psychologists (Öberg 1992, Hellblom Sjögren 1997) and a child psychiatrist (Kihlbom 1998). Legal professionals, social workers and a psychologist have observed, lectured  and written about PAS. Lena Hellblom Sjögren, Ph.D has practiced as an investigative psychologist giving testimony about PAS in family and criminal court cases  in Sweden and Norway since the beginning of the nineties. She is also a researcher, now analyzing how the children´s human rights and their best interests are effected in 60 cases where she has identified  PAS. She has reported her work including cases in which the PAS was brought about by child welfare workers.  In a book chapter, Sjögren wrote, “The purpose of this article is to describe the alienation process in five Swedish cases where children have developed PAS after having been influenced to reject their mothers by local social welfare agencies.  It is concluded that children and their parents are best served if PAS can be recognized, and efforts made to educate professionals about how harmful it can be” (Sjögren, 2006, page 131).

Kihlbom, M.: The relation to the parents – the foundation for the child´s mental development, in The child´s right to both parents (Barnets rätt till båda föräldrarna) Save the children (Rädda Barnen), 1998.

Norway. Dr Terje Torgersen, a psychiatrist in Oslo is the main founder of “The organization 2 parents (Foreningen 2 Foreldre), established 1985.” He contributed to a debate about PAS in 1995 when a professor Jan Brögger, a well known anthropologist, had introduced PAS in Norway (Brögger 1995). Torgersen wrote, “ If a residence parent frightens the child to reject contact with the other parent although he/she has visiting rights, this strategy will often be successful. As long as our politicians do not realize how serious the situation is, there is little hope for  changes of the law (sole custody is still the norm).” Programming of a child to reject a parent without justified cause in connection with PAS has been described in a book about being a part time parent, (Thuen, 2004, page 91-121)

The Danish “Organization Father in Support for Parents and Children,” founded in 1977  published a report after a conference held 2002 about parental alienation. The introduction is written by the director Erik Kofod. After the first International Conference on PAS in Frankfurt 2002 this organization published reports from that conference.