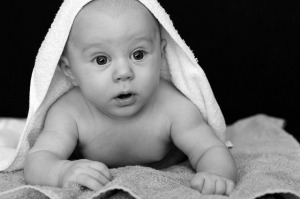 Based on the knowledge we have about the child´s most fundamental need to grow healthy and become a whole person, on the national law, and on a worldwide agreed human right to family life, a general definition of the child´s best interests can be made as follows:

The child´s best interests is to be well enough cared for with love/acceptance from both parents(or those who are there for the child as parents),

and to be able to speak out his or her opinion on matters concerning him or her freely, when mature enough and after having been informed with relevant impartial facts, without ever being pressured to choose between the parents (or those who are as parents).

A good enough parent can, following what we know about the child´s fundamental need and the child´s legal and human right to family life, be defined as:

a parent who in action demonstrates that the child is allowed to love the other parent and to have a regular close contact with that parent because he/she understands that is what the child needs for the child´s own health and well-being.

As an illustration of the above definition of a good enough parent I want to quote from a verdict from a Swedish superior court  (Göta hovrätt, the 13th of December 2013, in case no. T 929-13).
Reasons that were given by this higher court for giving the father sole custody:

”The mother has as an explanation for the daughterﾴs reluctance to meet her father said to be that the daughter has experienced how the father has physically and mentally abused the mother. After she was 18 months old the daughter and the mother have not met the father together without another person being present. The traumatic events that should still influence the daughterﾴs behavior according to this should have happened before that. According to the court, this explanation for the daughterﾴs behavior does not appear as plausible…
Independently of what the daughter could have expressed regarding her will to see her father the court is of the opinion that there is no foundation to expect something else than that she, as do most children, has a need for a close and good contact also with her father. By restraining the daughter from getting a close contact with her father without acceptable reasons, the mother has evidently not lived up to her responsibility as a parent. Moreover, there is an impending risk that the mother also in the future will act accordingly. The preconditions for the daughter to have a good relation with her father, therefore appear as small if the mother is sole custodian for herﾅ
The mother and the father live pretty close to each other something that might imply that changes concerning school, friends and alike do not have to arise. It has been made clear that the father is prepared to let the transfer take the time that is needed for the daughter and that he is willing to cooperate in the planning the social services consider appropriate to facilitate the transfer of custodyﾅ
The problems that can arise in connection with a transfer of custody are considered to be of a temporary nature at the same time as it can be presupposed that it in a longer perspective is in the daughterﾴs best interests that preconditions are created for her to have a close and good relation with both her parents.” (translation by Lena HS)

Some more illustrations from Swedish verdicts confirming the definition of a good enough parent as one who allows the child to have close contact with the other parent – according to the mandatory principle of the child´s best interests – can be seen on my blog.

According to the case-law of the European Court of Human Rights ”‘respect’ for a family life (…) implies an obligation for the State to act in a manner calculated to allow these ties to develop normally.” (Eur. Court HR, Scozzari and Giunta v. Italy of 13 July 2000, A, par. 221)”